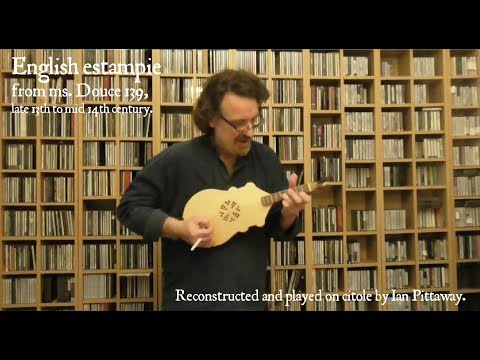 An untitled instrumental from the late 13th to mid 14th century English manuscript, Douce 139, often titled Estampie or English dance in modern editions, played on citole by Ian Pittaway. Since many aspects of the music are inconsistent or problematic, this is one possible and non-definitive interpretation. To read more about the identity and reconstruction of this piece, go to http://earlymusicmuse.com/english-estampie/ 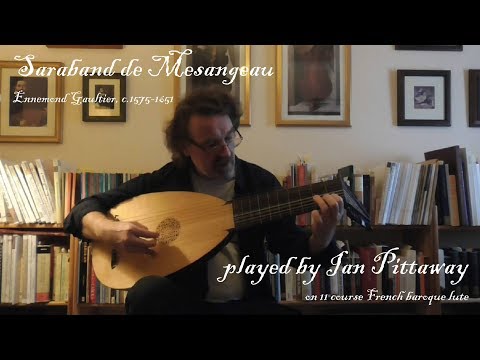 To read about the history and development of the lute: https://earlymusicmuse.com/lutethumbnailhistory/ 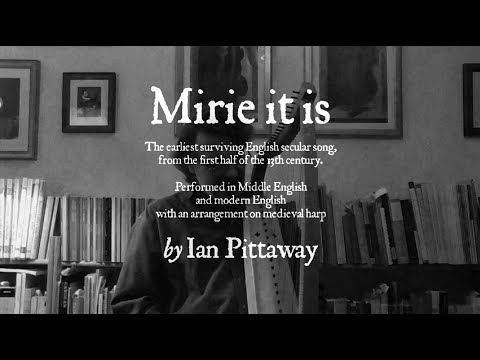 Mirie it is while sumer ilast (from original manuscript) medieval harp

To read more about the background to the song and arrangement of this piece, visit http://earlymusicmuse.com/mirie-it-is

This is an interpretation of a 13th century song written on a page that is very difficult to read. The now-standard version of this song doesn’t follow what was written in the original sole source, so if you’re familiar with the song from modern recordings, many of the notes, and indeed the opening word, Mirie, won’t be what you’re used to hearing. The manuscript clearly indicates the notes and words in this recording (except the last note, which is missing), including the three syllable Mir-i-e. The music was written in a casual hand with a pen that had a thick nib, so some of the rhythm is unclear and judgement is needed in places. Only the words and a single line melody survive, so the harp accompaniment is by Ian Pittaway, created using medieval musical principles.

A video showing participants at a workshop, 'Turning monophony into polyphony', at Medieval Music in the Dales 2017. The workshop was run by www.earlymusicmuse.com author Ian Pittaway, who plays harp at the beginning and gittern at the end of the video. For information on the techniques shown in the video, see the article at https://earlymusicmuse.com/performingmedievalmusic2of3/ ‎ 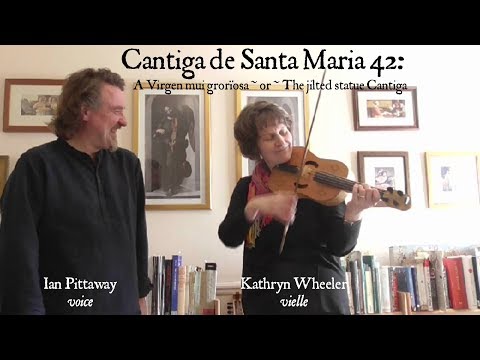 Cantiga de Santa Maria 42: A Virgen mui grorïosa ~ or ~ The jilted statue Cantiga, versified in English and sung by Ian Pittaway with Kathryn Wheeler on vielle. An article explaining the song is available at https://earlymusicmuse.com/sentientstatues-cantigas/ ‎